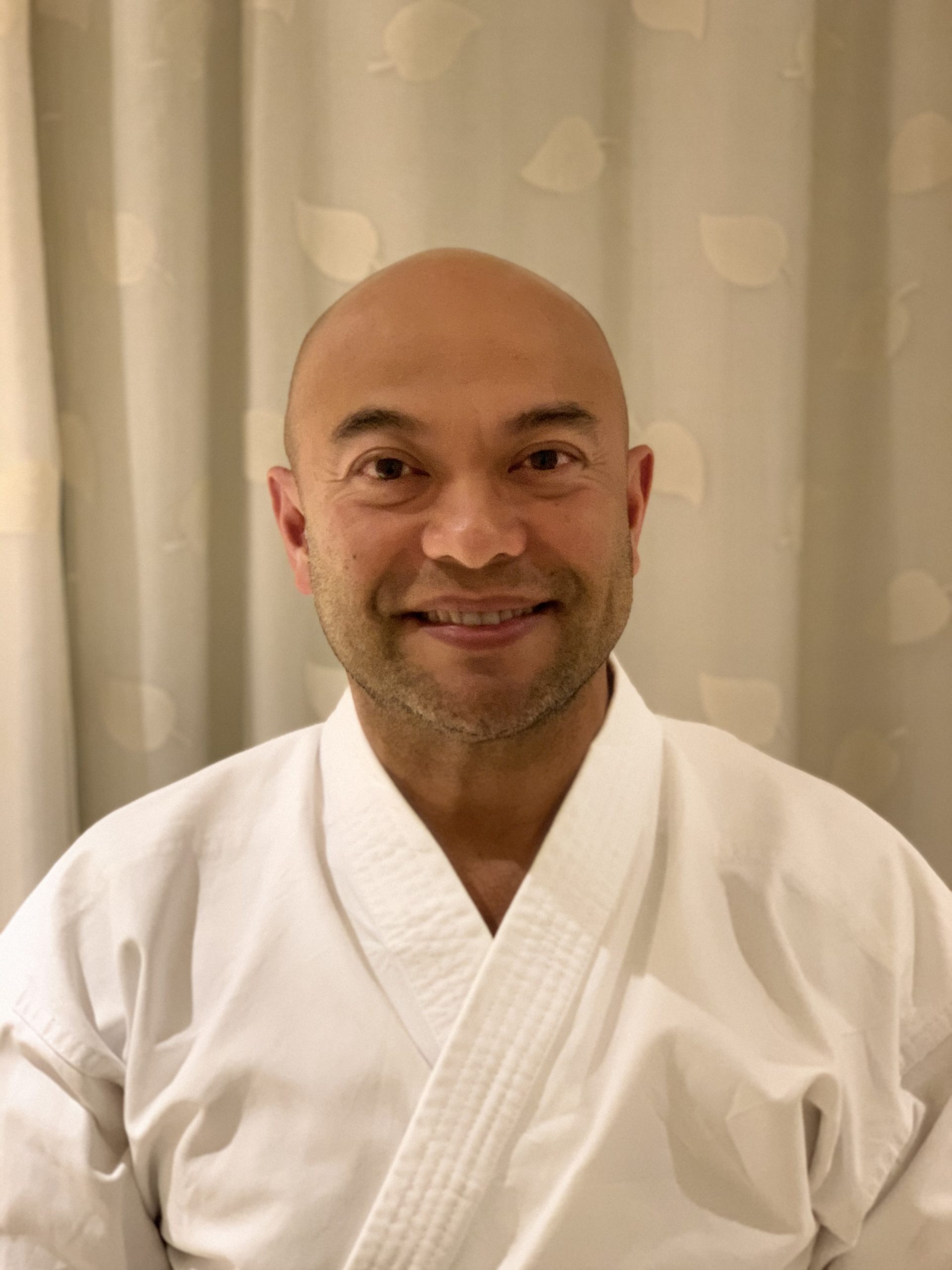 Ching, who was born in Brunei Darussalam, has had a life-long interest in the martial arts.  In 1990, after moving with his family to Delta, BC and spending a month looking through the Yellow Pages for karate dojos, he discovered the North Delta Shotokan Karate Club, part of Canada Shotokan Karate.  Three years later he began helping Alan Kazuta, who created the dojo, to lead both youth and adult practices.

In 2009, Ohshima Sensei promoted Ching to Yodan.  Later that year Ching became the leader of the North Delta dojo.

Ching has participated and been a referee in many SKA (Nisei Week) and CSK (Goodwill Cup) tournaments.  He was invited to demonstrate Nagewaza (throwing techniques) at the 53rd Nisei Week festival in California.

Ohshima Sensei promoted Ching to Godan in 2018 and then invited Ching to demonstrate his favourite kata the next day at the 62nd Nisei Week festival.

Ching continues to practice Shotokan Karate as a way to strengthen himself mentally and physically, improving as much as possible the focus and mental clarity he finds essential in his everyday life.