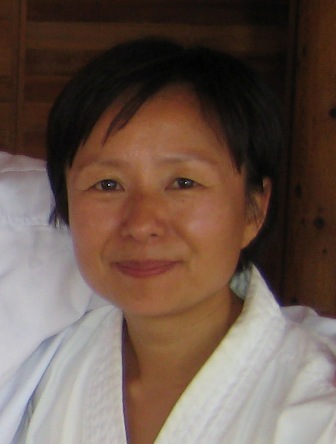 In September 1992, Liny began karate to spend more time with her husband and to learn self-defense. These simple goals opened the door to something that became life-transforming.

From her first practice at the University of BC dojo, Liny thought there was something magical about practice and was amazed with how strong one could become simply by having proper form. Liny wanted to learn all the secrets that would enable a smaller person like her to face a larger opponent.

Liny has been inspired by her seniors’ dedication to practice and the time they sacrifice to share their knowledge. The lessons Liny learned through practice have helped in her everyday life; she hopes to continue learning and improving.

Liny has travelled to many countries to practice with Ohshima Sensei and fellow karate-ka. She has participated in tournaments and demonstrations both in Canada and internationally. One of her most memorable experiences was travelling to Japan to participate in a special training held in Okinawa.

Liny has been leading at the Burnaby Dojo since 1996.