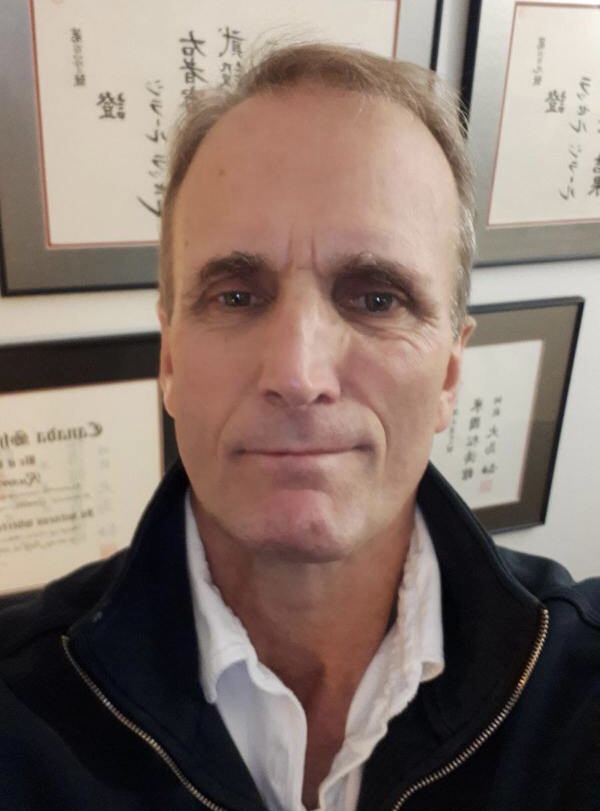 Russell Girard started practicing karate in September 1973 in Sept-Iles with Mr. George Quessy. He found karate practice to be very interesting. In December 1975, Russell was promoted to shodan in Montreal under Mr. Honda.

In December 1976, Russell quit his job and travelled to California where he stayed for three and a half months in Long Beach. In California, he trained with Mr. Henry Wilkerson. Russell made some friends and enjoyed the training. There was a practice with Mr. Ohshima once a week.

Russell returned to Quebec in the spring of 1977. Since then, Russell has continued to train hard, knowing that karate practice is good for him and for everyone who practices it.

In September 2000, Russell was promoted to yodan by Ohshima Sensei.

Russell was promoted to rank of Godan at France Shotokan’s 50th Anniversary in Saint-Lô, Normandy in July 2014.